ARE OUR WOLF THERAPY™ PROGRAMS SAFE?

YES. The wolves and wolfdogs at Wolf Connection undergo ongoing behavioral assessments and receive emotional nurturing that allows them to be comfortable and social with other animals and humans. In addition, our experienced handlers can read signs of stress and discomfort in the animals long before they become an issue. Wolf Connection is a zero-incident program.

HOW IS WOLF CONNECTION’S® PROGRAM COMMUNITY-CENTERED?

HOW DO WOLF CONNECTION’S® WOLF THERAPY™ PROGRAMS COMPLEMENT OTHER EFFORTS?

Even though Wolf Connection’s® Wolf Therapy™ functions as a stand-alone program, it can also be an excellent enhancement experience to peer helping, diversity education, conflict mediation, and other character building initiatives.

In addition, Wolf Connection’s® Wolf Therapy™ program can be complimentary to standard academic curriculum in the areas of natural sciences, anthropology, human history and evolution, behavioral studies, ecology and conservation, and moral and civic education.

It may also fit within various elective courses in the area of world cultures, traditions, myths and legends, spirituality, sustainability and balanced living, and community service among others.

HOW DO THE WOLVES AT WOLF CONNECTION® INSPIRE HUMAN PARTICIPANTS?

“The power of co-evolutionary bonding”

Researchers Wolfgang Schleigdt and Michael Shalter (2013), among others, date our first associations with wolves at 100,000 to 135,000 years ago, marking the first recorded collaboration between humans and animals. In their work, Co-evolution of Humans and Canids, an alternative view to domestication: Homo Homini Lupus, they suggest that humans and wolves have been not only collaborating, but also bonding and co-evolving from the time of our predecessors, the Neanderthals.

They even go so far as to proposing that we have inherited some of the basic features and behaviors that make us humans not from the chimpanzees, but from the wolves.  According to them, we owe them, among other things, the concept of a dwelling, the know-how and ability to herd, and the sense of loyalty and care of family.

This initial bonding with the wolves has evolved over the millennia until the wolf became venerated and regarded as a magical spiritual animal and a teacher by ancient cultures around the world. This veneration, widely lost over the last few centuries, reflects a sacred bond that, according to Robert McGhee, Curator of Archaeology at the Canadian Museum of Civilization, is at our DNA level.

At Wolf Connection, our work goes beyond the benefits of traditional animal-assisted therapy. We tap into this ancient bond between wolves and human that engages humans to connect with themselves and their environment at a primal level where body, mind, and spirit naturally align.

WHERE DO WOLF CONNECTION’S® WOLVES COME FROM?

Most of our rescued animals were bred in captivity and/or sold as domestic exotic pets, while some were allegedly being sold to harvest their fur for profit.

The animals that were sold as exotic pets soon wore out their welcome when incapable owners were overwhelmed by the animals’ fierce independence. Many owners gave up their animals at local shelters, and some animals were confiscated by animal control agencies if they escaped or were reported. We have intervened and rescued those who were purportedly set to be pelted.

These animals are considered illegal pets to own. They are not eligible to be adopted out and must live in a sanctuary as they cannot be reintroduced into the wild since they are not properly equipped to survive.

Almost all state laws demand that they are destroyed soon after being abandoned or confiscated while at a shelter. The rescue ‘window’ is very small. If we are lucky enough to find them before they are destroyed, it is our honor to be their forever home here at Wolf Connection.

WHERE IS WOLF CONNECTION® LOCATED?

The pack has found its forever home in the outskirts of a rural town, Acton, CA, nestled in the protection of the Angeles National Forest … 165 acres of beautiful woodland and high desert mountains, including a year-round stream. The facility is strategically located within an hour drive from Los Angeles and 30 minutes from Lancaster and Santa Clarita. It offers a magnificent environment to our wolves and wolfdogs, and endless possibilities to all of the humans whose minds, hearts, and spirits are touched by them.

A typical day at Wolf Connection’s® Ranch is beautifully enriched by the balance of humans and animals that come together to make a difference in the community and send a message of interdependence, collaboration, love and compassion to the world. Every day, the wolves and wolfdogs are cared for, cleaned, groomed, exercised, and socialized with the outmost dedication by our staff and volunteers.  In return, the animals bring forth their joy, lightness, presence, and unconditional loving hearts and wisdom. 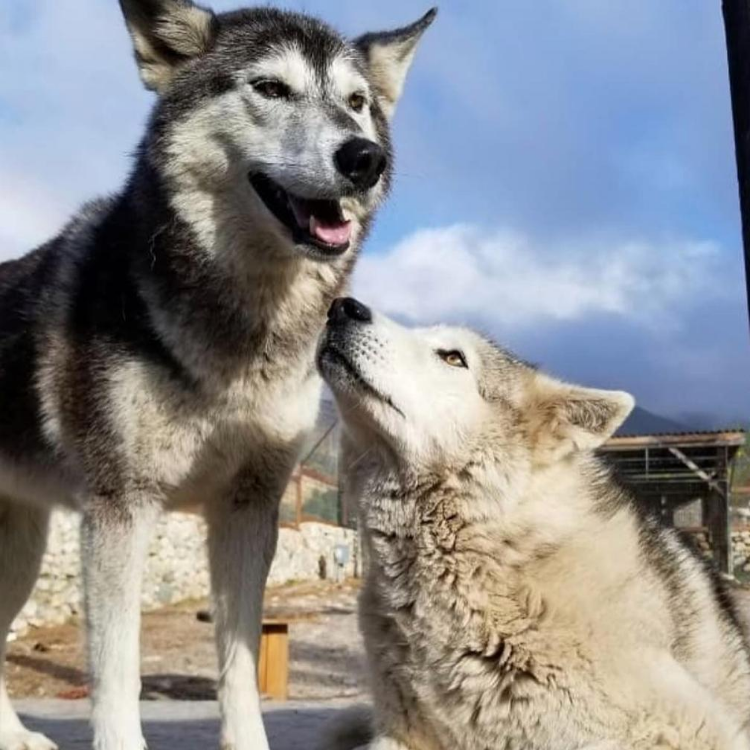