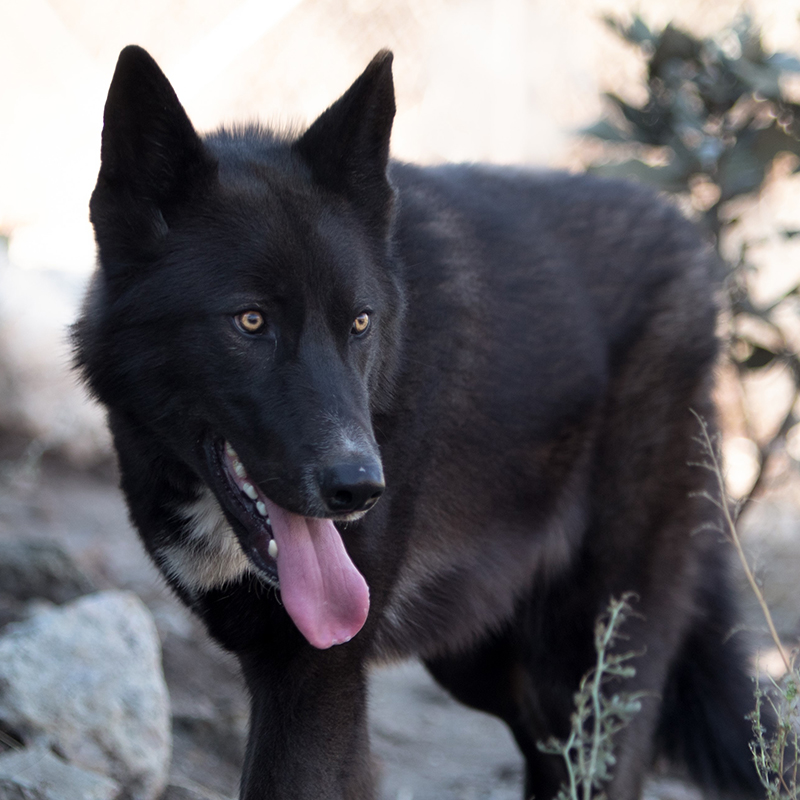 Mazi was born and purchased in 2018 by a Californian man as a puppy from a breeder in Oregon. Once the owner brought the puppy back to his Topanga neighborhood, neighbors caught wind that an exotic canine was nearby and called animal control. After months of hopping from place to place to avoid his capture, they discovered Wolf Connection. Finally, at 9 months, Mazi landed in his forever home. Mazi is still a puppy and enjoys playing and making friends with the other wolfdogs, which is helping bridge his relationship with his human pack even more.