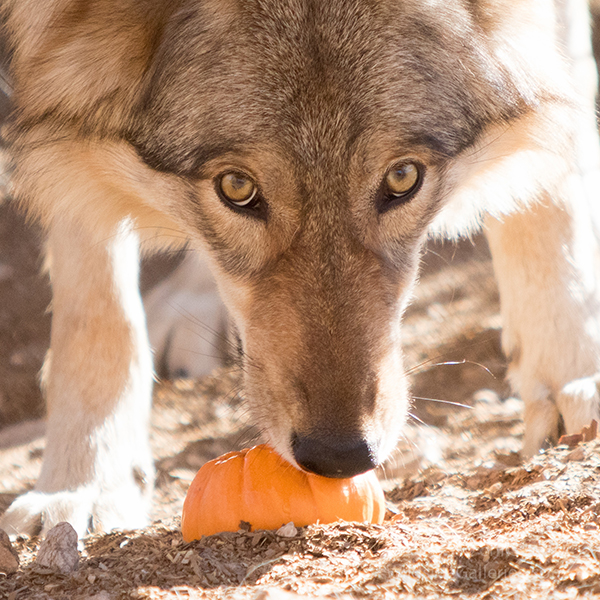 Picked up as a stray by animal control and identified as a coyote/wolfdog mix, Nali sat alone in a local Arizona shelter awaiting her owner. Unfortunately for Nali, her owner did not have the appropriate permits to keep her and, when faced with several fines, abandoned Nali to the “high kill” shelter in Maricopa County. But the shelter gave Nali a fighting chance by contacting the Southwest Wildlife Conservation Center who removed Nali from her fate and sought out council for a permanent sanctuary for Nali. Wolf Connection was their number one choice where Nali would thrive and live out the rest of her life with full enrichment and a pack of her own. We were honored to have been chosen!