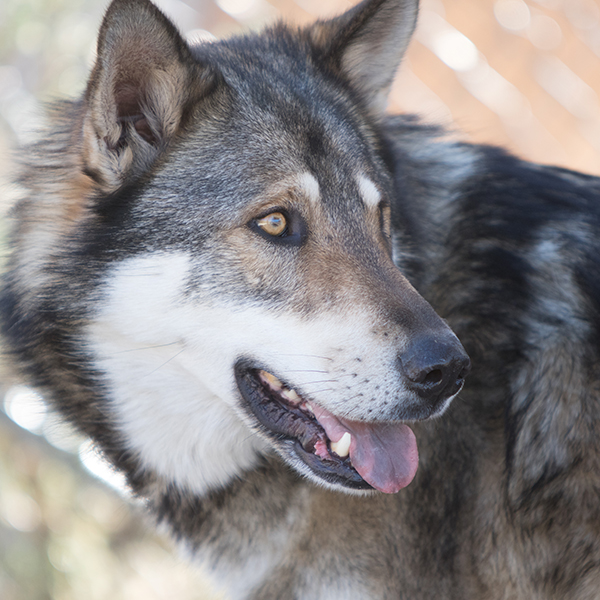 Hoven was rescued as a puppy from a poor breeding situation in Southern California in 2017. Being a very smart, curious, social wolfdog who was alone in a big yard, Hoven began escaping frequently to find new playmates and was eventually picked up by animal control. Hoven’s original rescuer reached out to Wolf Connection in desperation to get him to safety. Wolf Connection was thrilled to give Hoven a second chance at his new life! His original rescuer is an avid follower of Wolf Connection’s work and was overjoyed that her beloved Hoven was joining the pack of her favorite wolf and wolfdog rescue! Hoven arrived in 2019 with a boisterous and active personality and is learning how to be calm and quiet in his own space. The lesson he gives to program participants is that sometimes observing and listening is the best medicine for the self and others.