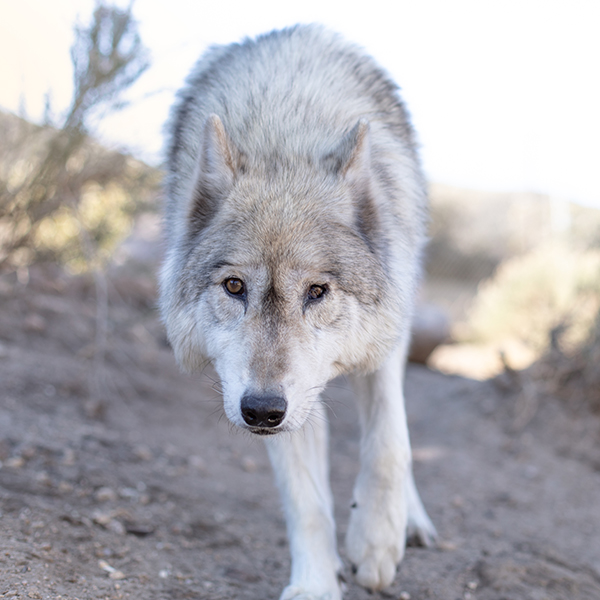 Koda was raised at a roadside attraction in Alaska. In his young years, Koda only knew life with a chain around his neck, the constant barrage of strange humans in loud cars, and the inability to hide and protect himself. When the roadside attraction was exposed and prosecuted, a rescue mission involving the efforts of multiple wolf rescues saved Koda and his pack mates from euthanization by helicoptering the entire pack to Southern California where they all now live in sanctuary. Wolf Connection was honored to receive Koda and his older brother, Chance, in 2012 as part of this rescue. After the loss of his brother in December 2016, Koda has learned how to meet other wolves and has continued to individuate in a way that has reflected his brother Chance’s way of being beautifully. The process of moving on, subsequent to significant life change, is the path of surrender. Koda adds a flavor of demonstrative wolf style which resembles great love and affection in human terms. Wolf Connection staff was fortunate to have witnessed the incredible bond between brothers Chance and Koda. It will never be forgotten.