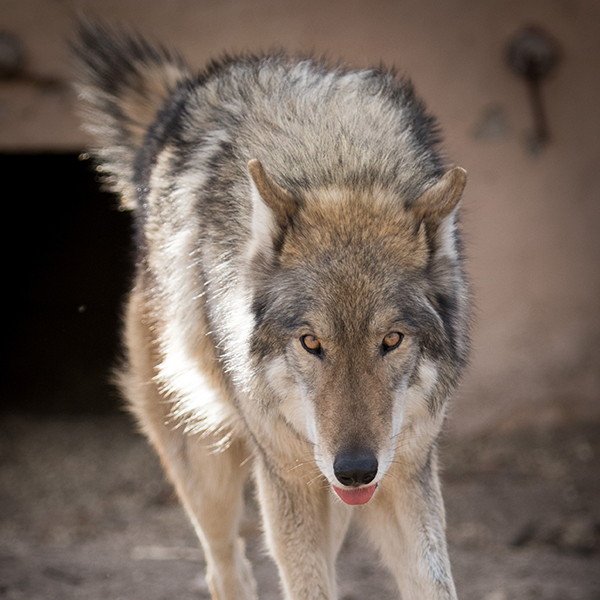 Neo was found in a shopping cart by an eighteen year old boy who begged his parents to be allowed to keep him.  Neo is shy, curious and full of energy. Mostly, Neo likes to have friends.  Neo kept escaping from the young man’s house and yard and would run over to play with the neighbor’s German Shepherds!  Finally, tired of the complaints, the parents told their son to get rid of Neo. When they tried to turn him over to the local shelter, luckily for Neo, the woman working at the shelter knew that he would soon be euthanized, so she asked the family to keep him until she could locate a sanctuary for him. Wolf Connection® is happy to have Neo!  He is becoming more accustomed to working with the public. And yes, he already has a few friends with which he plays and snuggles with like a true pup of the pack.