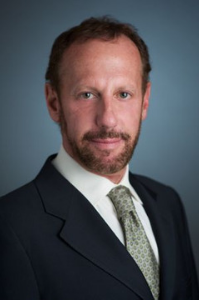 He is based in the Firm’s Los Angeles office and is focused upon the recruitment of investment professionals and senior operating executives to financial sponsor-backed and for-profit healthcare companies.

Dr. Bochner has served as an investment advisor to private capital firms and as a consultant to several public and privately-financed companies. He is a member of numerous medical associations and serves on the Board of several companies.

Dr. Bochner’s prior business background included operating roles, consulting with privately financed companies, and working as a venture capitalist. He served as Vice President in the Venture Capital Group at Robertson, Stephens & Company where he focused on medical investments.  Prior to joining RS & Co. he served as Vice President of Business Development at Fusion Medical Technologies, a Sequoia Capital backed medical device company that went public during his tenure. 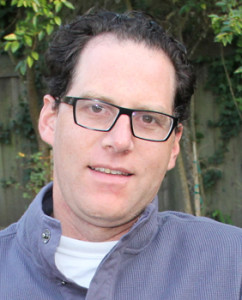 Daniel is a Finance executive with over 15 years of experience in leading financial institutions like Lazard, Bear Stearns and JPMorgan. Daniel’s career focus has been around technology and has held leadership positions during his career. Earlier in his career he worked for the Department of Treasury in Israel and was a non-commissioned officer in the Israeli Air Force. Daniel’s education includes a MBA from UCLA and a MA and BA in International Relations and Economics from the Hebrew University in Israel.

Daniel during his life has always been a big supporter of under privileged kids and education and has been involved both in Israel where he grew up and in the US in organizations that support “At-risk” kids. His deep passion to animals and the desire to give back to the community has led him to Wolf Connection®.

In his spare time, Daniel loves to travel the world, teach the next generation of leaders and hang out with his wife and three daughters. 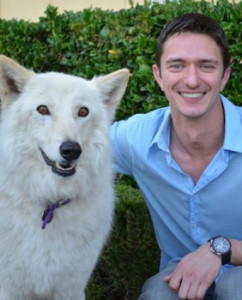 Ashton is an internet strategist, with a background in gaming, finance and technology. He was born in Singapore, and has experienced many cultures having lived in Indonesia, Kenya, Sierra Leone, and Zambia, to name a few, before settling in London, and now Los Angeles.

Ashton’s love of animals grew from his childhood in Africa. He supports wildlife and endangered species conservation, and worked for John Aspinall, who did pioneering work with wild animals. He believes sustainable solutions to problems exist, and all it requires is the political will to implement them. 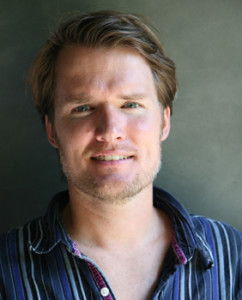 Founder and Executive Director of Street Poets Inc., Chris Henrikson has over 20 years of experience teaching poetry and mentoring highly at-risk youth and young adults within and around the Los Angeles County educational and juvenile justice systems.

Originally from Boston, Chris is a graduate of Duke University (B.A. English 1989) and the American Film Institute (M.F.A. Screenwriting 1993). Chris worked as an arts journalist in New York City (The Village Voice and Entertainment Weekly) and later as a screenwriter in Hollywood before a volunteer teaching stint in a Los Angeles County juvenile detention camp back in 1995 inspired him to create Street Poets.

In recent years, his efforts to initiate young people into lives full of meaning, passion and purpose have led him into the study and practice of the indigenous healing traditions of Africa and the Americas. He has been married to screenwriter Susannah Grant for 18 years, and they have two children, Olivia  and Arlo – both of whom love Wolf Connection® almost as much as he does. 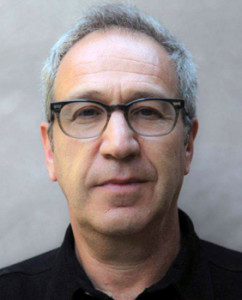 A native of Johannesburg, South Africa, Errol arrived in LA as an ambitious 17 year old. After graduating from college he began a 30 year long career in real estate. Currently Partner and CEO at Miller& Desatnik Realty Corp., Errol specializes in residential income property with a focus on Westside apartment sales and development.

Growing up in South Africa, Errol witnessed extreme inequality in the era of apartheid which informed his commitment to mentoring young adults coming out of the Los Angeles child welfare system. Errol is a founding member of the Foster Alumni Co-Mentoring Experience, a program founded in conjunction with Southern California Foster Family and Adoption Agency, that offers support to teenage foster youth as well as transition aged youth who have very little or no family support, poor schooling and few life skills . Through his involvement with this program since 2009, Errol has had the opportunity to work with and learn from the many young adults he has encountered.

At Wolf Connection®, Errol is drawn to the similarity between the young adults he mentors and the wolves. He comments that for many of Los Angeles’ foster youth, the opportunity for self-insight and empowerment does not exist. And in many cases they struggle to step out from the stereotype that society places on them. Errol is honored to have this opportunity to expand his work with young adults at Wolf Connection®. 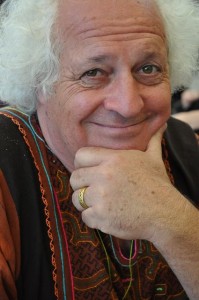 Born in Guatemala, moved to the United States at the age of 13. Miguel started playing music professionally as a Percussionist in 1973 and has toured and recorded with several major artists and in a variety of musical styles. Miguel is currently an award-winning Supervising Sound Editor for Films and Television since 1984 to the present. Miguel taught Drumming at the Men’s conferences in Mendocino and Los Angeles from 1991 to 1995  and Minnesota  from 1993 to the present.  Also collaborating as presenter with Robert Bly, James Hillman, Ed Tick, Daniel Deardorff, Martin Prechtel, Haki Madhubuti, Robert Moore, Jack Kornfield, Luis Rodriguez, Malidoma Somé, John Lee, Francis Weller and Martin Shaw from 1993 to the present.

In 2001 in collaboration with Robert Bly, Miguel translated and published an English collection of the poetry of Humberto Ak’abal “Poems I brought down from the Mountain” in the United States. He also collaborated with these bilingual editions “Tejiendo las Huellas” Uruguay, 2006 and “El Animalero” Guatemala, 2008. 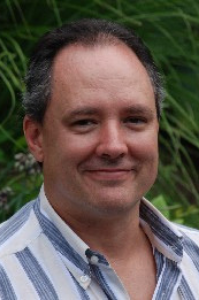 Steve McAndrew is currently the Deputy Regional Director of the Americas for the International Federation of Red Cross and Red Crescent Societies (IFRC). From 2012 until 2019 he was the Head of Emergency operations for the IFRC. For his role in leading the Red Cross response to the 2015 Ebola outbreak in Africa, Steve was awarded an MBE medal (Member of the British Empire) by Queen Elizabeth II for Services to Humanity. Steve is one of a small group of Americans for which special achievements have been recognized by the British empire.

Besides leading the effort to stop Ebola, in his work with the Red Cross, Steve has managed some of the largest and most challenging crisis facing the planet over the last decade, including the 2016 Syrian refugee crisis, the devastating earthquake in Nepal in 2015 and the 2010 Haitian earthquake, in which a quarter of a million of people lost their lives.

Mr. McAndrew has also worked in the United States Government Office of Foreign Disaster Assistance (USAID/OFDA) in Latin America and Africa, and was also a founding partner of the Global Emergency Group consulting firm in 2008.

Between missions he shares his experiences and has lectured at RAND Corporation, the World Affairs Council of Los Angeles, the University of Virginia and various academic institutions.

Mr. McAndrew also serves on the board of Relief Applications, a European based non-profit organization striving to improve humanitarian operations through data management and technology.